Picking herself up, Frieha continued her work as a model and was recognised nationally. She was the first Sunsilk girl and her first commercial was with Gul Ahmed, but both campaigns were pursued because the drive came from the desire of a young girl’s heart. ‘Every girl’s dream at the time was to be in a Gul Ahmed ad or to act in a Haseena Moin play. I got both of them and got it out of my system,’ remembered Frieha.

For Frieha, her work was never a means of gaining fame or fortune. Having been brought up in an environment consisting of friends and family who focused more on achievement as personal development for a greater good, she already stood out. ‘My sister, Tapu and I, we were very different. We never set out to become goddesses; we set out to achieve things. We were never self-obsessed. Nashmia and I were the first licensed scuba divers in Pakistan. We were always doing something like pottery, aerobics, Jane Fonda exercises. It was never about looks, looks are unimportant.’

Later, when she moved into show direction by setting up a company called Catwalk, she found herself starting from scratch, doing everything all by herself. ‘I would choreograph, direct, manage, and produce single-handedly.’ Relying on like-minded friends, Frieha managed to open a new market for show direction and organised a team consisting of Tariq Faisal who supported her by designing her sets and her art director who designed her business cards.

While there was not much to inspire Frieha in her line of work, as there were no show directors or choreographers, she relied on international input. ‘My father was in the airlines and we travelled all the time. We used to make sure he would bring back video tapes.’ These tapes would be of music videos and shows that became the basis for inspiration and ideas for future shows. Then a couture designer from France, Madame Carven, came to visit Karachi and handpicked four girls to model, one of them being Frieha—and taught them how to walk and turn.

By now Frieha had given up advertising and returned to painting and sculpting. Entering another phase of her Frieha set out to discover Karachi. She came across old, colonial structures and attempted to work with them. ‘I used to take my car and roam around the city and look for old places because I love old houses. I discovered a lot of beautiful buildings, one of them being the Hindu Gymkhana.’ It was in a terrible state, used as it was as a haunt for heroin addicts. But Frieha decided to fix it up.

This led to her conducting the ground-breaking show at the Hindu Gymkhana in 1992—Shamaeel’s fashion debut. The show was conducted amidst much aplomb and with grandeur to the point that the media went mad over it. ‘It was on the front page of the newspapers that this girl has gone and fixed this place. Unilever was just blown out of their minds because they’d never seen this place and people had never been to a place like this.’

Capitalising on media as it developed, Frieha personalised celebrities and couture designers to the adoring public and gave shows in Pakistan an international edge with the introduction of the red carpet

Inundated with offers of work, Frieha stuck to jobs that had promise in terms of quality and offering something new not just to her, but to the public. She pulled off stunning shows at beautiful buildings including the Gymkhana, Frere Hall and the Qila in Lahore Fort.

And then she did something unheard of. While designers were reviving local craft into something elitist in the form of couture, Frieha decided to take fashion from the elite to the masses. She also noticed that despite being limited to one channel PTV, fashion was primarily in the form of print shoots or shows. Electronic presence was missing. With Unilever’s funding, Frieha presented them with a one of a kind show that forever changed Pakistani television: Lux Style Ki Duniya. ‘It became the number one show on TV and it was watched by forty million people. It was a big hit because we took fashion out of the studio and into the open to all the beautiful locations all over Pakistan, from Kalash Valley to Thar.’

This show opened up the country to Pakistanis by featuring celebrities from their hometowns in a segment called ‘Mera Shehr’. Popular folk musicians like Attaullah Essa Khelvi were able to talk about their personal lives and where they grew up, personalising them to an audience that was only familiar with their work that was consumed via radio or music appearances on television. ‘It was a magazine show featuring culture, music, fashion, celebrity interviews, entertainment and nothing political. I got my first cover of Newsline, not as a model but as a producer.’ 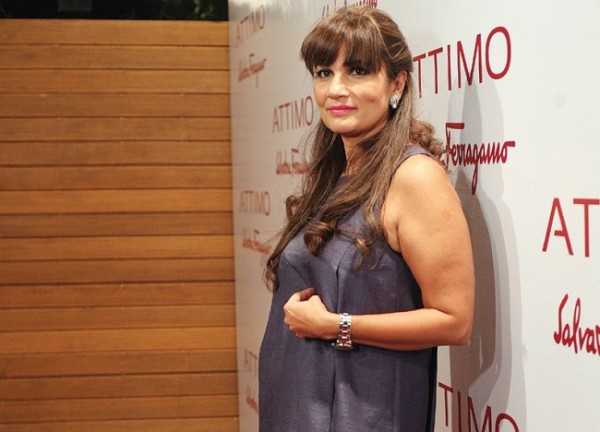 From model to show director to producer, it seemed that there was nothing Frieha didn’t touch that turned to gold. One could put it down to her education and family background but Frieha pinned her success in every venture to her training as an artist. ‘If you are creative, if you are in the field of arts like me, as basically I was an artist in painting, theatre, sculpture, you know the aesthetic has to be right. If the aesthetic is right, then it will all fall into place.’

With a hugely successful show under her belt, the next step for Frieha was to go back to her media roots, which was modelling and establish a modelling agency. By the early 1990s, modelling was still very much Karachi based and the models available were a handful. Plus the work they did was more high fashion, which meant there was a gap in models for commercial work. ‘With the TV show, I started putting in a slide saying if you want to model, please send us your photos or portfolio.’ The applications poured in and again with Unilever’s backing, Frieha opened her modelling agency, the first of its kind in Pakistan.

With a hundred portfolios, Frieha picked up designer Nilofer Shahid from Lahore and did her first shoot for Lux. ‘I got two of my supermodels, Reham Ali Khan and Aliya Zaidi, to head it. Both gorgeous and from good families. They started working with me in the agency.’

Meanwhile marriage was on the cards again. It was 1993 and she was just twenty-nine years old. With a thousand guests at the venue, getting her make up done by Tariq Amin, she received a phonecall. It was from her husband (they’d already had the nikkah), saying he was not go to show up because his family didn’t support this marriage simply because she was a model. Once again Frieha’s dizzying success came at a high price.

Two years later in 1995, Frieha met another man and got married. They had two children—a son and a daughter. ‘In 1996, my son was born and my husband, who had been held up on the road, was so frightened, he said, ‘We have to leave. We can’t live in this country’.’ At the height of her success, Frieha handed the modelling agency to Reham and her other business for show production to other colleagues and moved to Canada.

Finding herself in an abusive marriage with a bullying husband, Frieha enrolled into a fashion school and started teaching at a modelling school. In 1999, she filed for divorce. Frieha found herself giving up all rights to alimony and support, in order to gain custody of her children. A year later her father passed away and she returned to Pakistan with a total of nineteen thousand rupees in hand after selling her wedding ring.

Frieha found herself starting all over again, this time with two young children, a widowed mother, grappling with the tragic death of her brother and trying to make ends meet. ‘I had two little kids, a job at Jang Group. It was a very hard year. I did two television shows, one was a bridal show called ‘Ruksati’ for Indus Vision.’

But hard work, her reputation for outstanding work and a solid focus on quality output plus her decision to keep companies, resulted in Frieha pulling off one accomplishment after another. To date no other agency or event management pulls the kind of international clients like hers.

Capitalising on media as it developed, Frieha personalised celebrities and couture designers to the adoring public and gave shows in Pakistan an international edge with the introduction of the red carpet. She became Safinaz’s—of the Sana Safinaz duo—muse. She remade one of Pakistan’s biggest stars, Shaan Shahid, which resulted in cementing his image as a star with the music video ‘Khamaaj’ and helped Saqib Malik with the costumes. She also redid, and styled the entire cricket team, when there was a need for them to have an image at the international level.

Till date, not one model—male or female—has been able to do what Frieha did, the biggest achievement of which was to carve out space for the modelling industry, make it respectable and an economically viable profession and also enable women to follow their dreams. It is not surprising then to hear Frieha hailed as the Queen of Karachi.

Those Who Brought Imran Should Hang Heads In Shame: Absar Alam Says

English Is The New French: The Case Of Lebanon